Population
The Bluegrass Region has 639,034 residents according to the most recent Census Bureau estimates. The region’s population has grown close to 21.3% overall since the 2000 Census, and includes the counties of Bourbon, Clark, Fayette, Franklin, Jessamine, Madison, Scott, and Woodford. 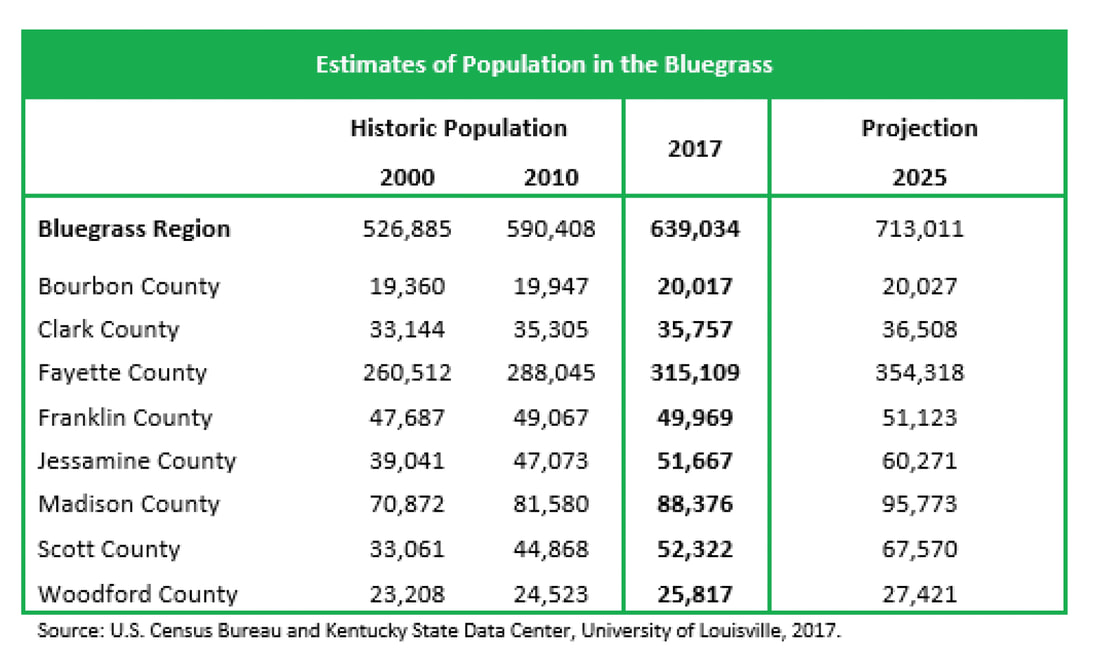 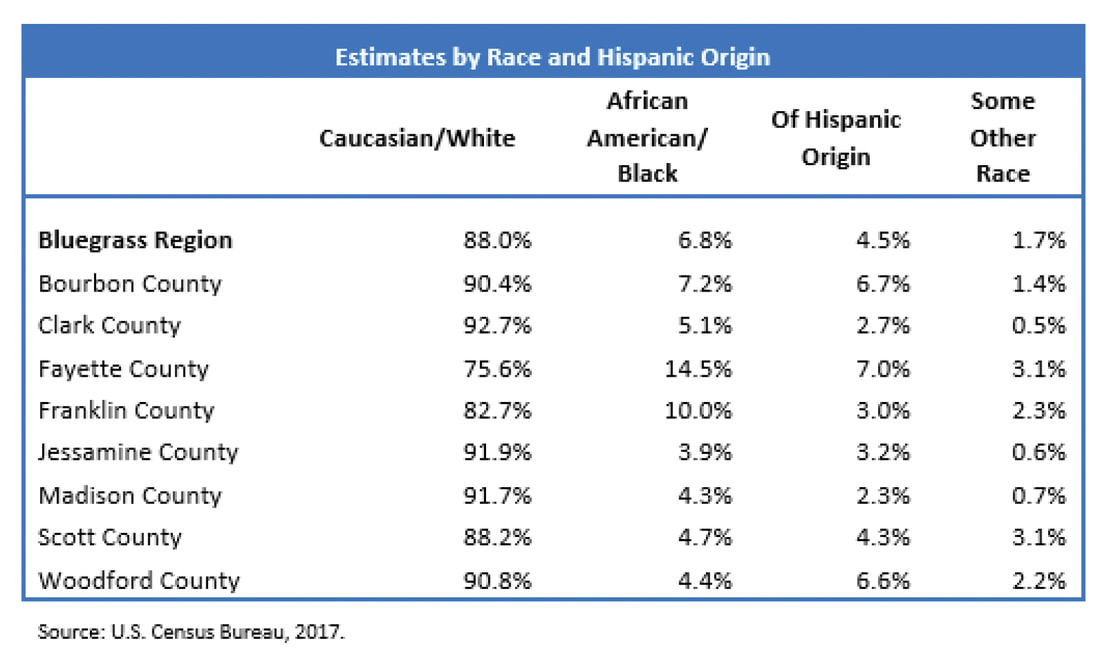 ​Overall, the Bluegrass closely mirrors the state of Kentucky in terms of its gender split. Scott County comes the closest to a true 50/50 split, with several counties in the Bluegrass displaying a more pronounced female bias. 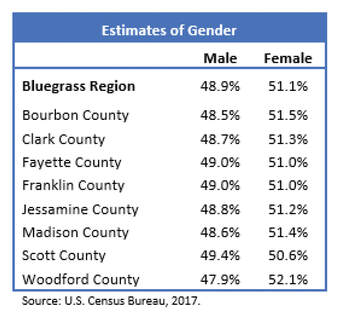